Coalition of countries for free internet

An international coalition is to stand up for freedom of expression on the internet. This was decided by 14 countries (including Canada, Ghana, Mexico, Mongolia, Sweden and the USA) represented yesterday and today at the Freedom Online conference in The Hague. The conference was opened by US Secretary of State Hillary Clinton.

The coalition wants to work as far as possible with businesses and civil society in the area of internet and telecommunications technology. The conference was also attended by bloggers who, persecuted in their own countries, asked for the participating countries' support.

In the conference's final declaration, the countries stressed that freedom of expression should enjoy the same protection online as offline. They invited other countries to join the coalition and agreed to organise a follow-up conference in Nairobi, Kenya.

Minister of Foreign Affairs Uri Rosenthal said: ‘Together we will act where freedom of expression and access to the internet are under pressure, to protect and promote the rights of its users.’

Mr Rosenthal yesterday announced that in the next few years the Netherlands will spend €6 million to promote freedom of expression on the internet. The money will be spent mainly on initiatives to support bloggers and cyberactivists in countries where the people are suppressed. 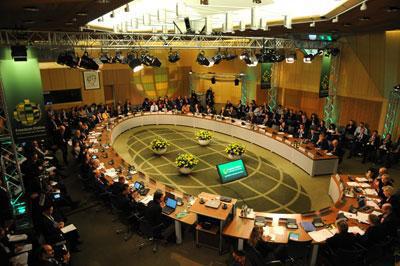