The Netherlands to invest in natural capital accounting

At home and abroad, the Netherlands is going to promote the use of economic indicators that put a price on the ‘services’ provided by nature (ecosystem services). As Ben Knapen, Minister for European Development and International Cooperation, explained: ‘This way, we’ll be able to establish the real price of, for instance, a kilo of rice. Now, we don’t pay for the water used in rice production.’

At the Rio+20 summit on Wednesday, Mr Knapen announced that the Dutch government will invest €2 million in the World Bank programme ‘Wealth Accounting and Valuation of Ecosystem Services’ (WAVES) to promote the use of these international indicators by developing countries. Joop Atsma, State Secretary for Infrastructure and the Environment, said the Dutch government already uses the methodology in its annual environmental accounts, drawn up by Statistics Netherlands.

‘A country that allows overfishing in its inland waters may experience short-term growth, but it has no prospect for growth in the long term,’ said Mr Knapen. Other examples are deforestation, the pollution and degradation of water catchment areas, and soil depletion.

Traditional indicators such as the gross national product (GNP) give no information about the sustainability of economic development. Natural capital accounting provides hard data that can be used to take measures towards sustainable economic growth. 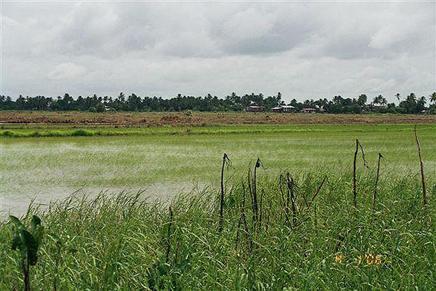 ‘Besides contributing financially to WAVES, the Netherlands will also provide knowledge and expertise so that other countries can also adopt the approach,’ Mr Atsma said.

The WAVES programme for natural capital accounting involves 50 companies and 50 countries. The launch of WAVES was attended by government representatives from around the world, including, besides Mr Knapen and Mr Atsma, the presidents of Botswana and Costa Rica, UK deputy prime minister Nick Clegg, and Norwegian prime minister Jens Stoltenberg.