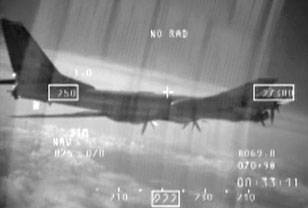 The F-16s intercepted the Russians right on the border of the area for which the Netherlands is responsible within a NATO context. The two fighters accompanied the Bears until British aircraft took over the task.

The last interception of this type was on 11 September 2012.