Dutch support for Lebanon in the fight against armed extremism

Wherever possible, the Netherlands will support Lebanon in the fight against armed extremists. It will also continue to be a reliable partner in providing humanitarian aid for the reception of Syrian refugees. These pledges were made to Lebanon’s foreign minister, Gebran Bassil, by his Dutch counterpart Frans Timmermans and development minister Lilianne Ploumen in The Hague on Monday. 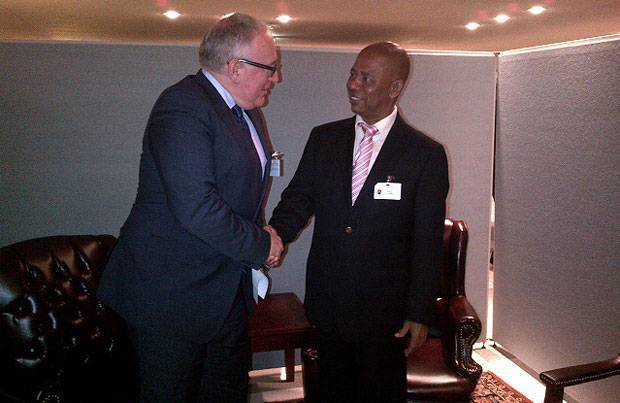 Mr Timmermans believes that to prevent Lebanon's stability coming further under threat, the support of the international community is indispensable. In order to help Lebanon, the Netherlands is investing €1.8 million in the Lebanese security sector over the next three years. The money is intended, among other things, for training in the field of civil-military cooperation and border management. In Mr Timmermans’ view, it is of the greatest importance that the border between Lebanon and Syria should be effectively patrolled. The position of minorities in the Middle East was also discussed. For many years, Mr Bassil has personally championed the rights of religious and other minorities in the Middle East. In The Hague, the three ministers discussed the role that the West could play in safeguarding the rights of religious minorities in the Middle East.

Ms Ploumen talked with Mr Bassil about the 1.1 million Syrian refugees currently being accommodated in Lebanon. Since Lebanon has a population of only four million itself, the influx of so many refugees is putting severe pressure on public facilities like health care and education. According to Lebanese estimates, 325,000 Syrian children in Lebanon have no access to education. To prevent a whole generation of refugees being deprived of schooling, the Netherlands has already pledged through the World Bank Trust Fund and UNICEF to contribute €9.5 million for education projects in Lebanon and Jordan. A portion of the funding is also destined for health care.

Since 2011, the Netherlands had already donated €83.5 million in humanitarian aid for Syrian refugees. Almost a third of this sum has been spent on support for refugee reception in Lebanon. 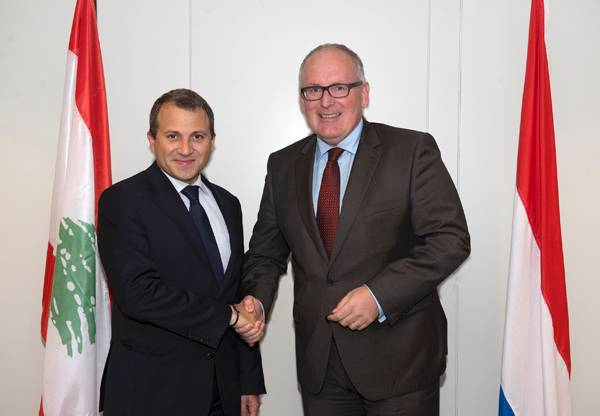