Mission in Iraq to be extended, ship to be deployed for training of Libyan coastguard

Today it was decided by the cabinet that the Netherlands will remain part of the international fight against the ISIS terror network. The training mission in Iraq will be extended until the end of 2017. In addition, a Dutch naval vessel will be stationed off the coast of Libya this autumn to serve as a training site for the Libyan coastguard. 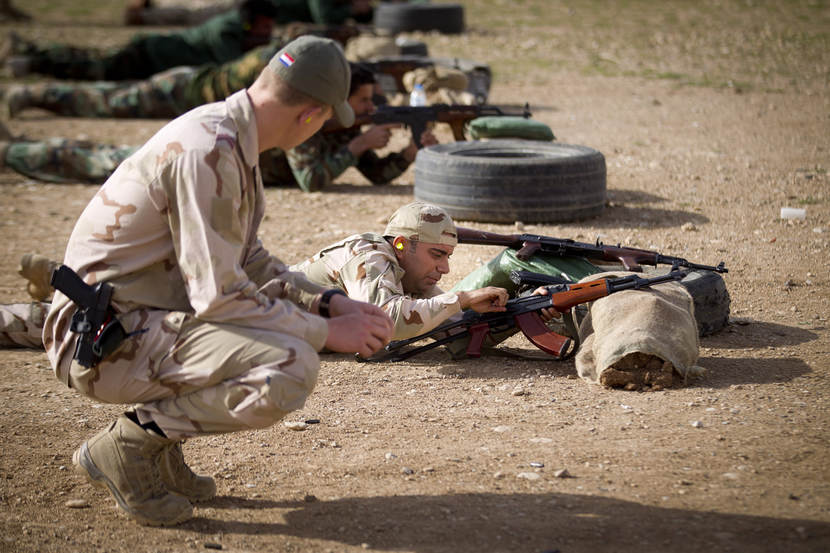 In letters to the House of Representatives the government addresses the increased insecurity and instability in the world, especially to the east and south of Europe. This state of affairs is also having a visible impact on Dutch society.

Since October 2014 the Netherlands has been part of the international coalition against ISIS. Thanks to the Iraqi army, the Kurdish Peshmerga and coalition airstrikes, ISIS has lost much of its territory in Iraq and Syria. The training provided by the coalition to Iraqi and Kurdish units has proved to be of great value. But as the Minister of Foreign Affairs, the Minister of Defence and the Minister for Foreign Trade and Development Cooperation have affirmed, the fight is not over yet.

The Netherlands will therefore continue to provide military training in Iraq. In the coming weeks and months, with the support of the international coalition, the Iraqi armed forces and the Peshmerga will focus on the liberation of Mosul, the largest city still controlled by ISIS. Dutch military personnel will also continue to provide force protection for the Belgian F-16s that are taking part in the air campaign. In addition the Netherlands will provide a tanker aircraft for the air-to-air refuelling of fighter jets engaged against ISIS.

The government has also decided to contribute to Operation Sophia, an EU maritime operation, by stationing a vessel in the international waters off the coast of Libya. One aim of the mission is to crack down on the people-smuggling networks that are illegally transporting migrants to Europe via the Mediterranean Sea. A well-functioning Libyan coastguard is vital for monitoring these refugee flows and saving lives. With this in mind the Netherlands will allow the landing platform dock HNLMS Rotterdam to serve as a platform for training the Libyan coastguard and navy from mid-October to mid-December.

Rising tensions on Europe’s eastern flank also require the involvement of the armed forces. The government takes its commitments as a NATO ally very seriously, and it has therefore decided to provide troops for a German-led battle group in Lithuania. This deployment is part of NATO’s forward presence in the Baltic States and Poland. The exact size of the unit has yet to be determined.

The government has also announced that it will be taking decisions in the near future on the nature of the Dutch contribution to the UN mission in Mali (MINUSMA) in 2017 and on the extension of the NATO mission in Afghanistan (Resolute Support).