Dutch companies do good business during trade mission to Indonesia

The state visit to Indonesia is beneficial for Dutch businesses. In fact, it will generate an estimated 1.2 billion euros in agreements and contracts between Dutch and Indonesian businesses and government organisations. 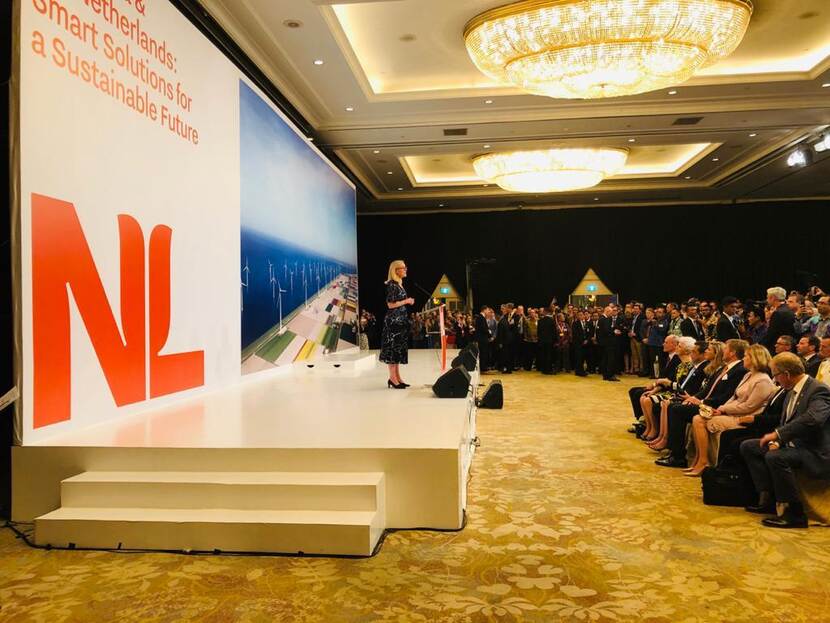 Almost 180 representatives of 112 Dutch businesses, organisations and knowledge institutions are participating in the trade mission. Businesses are expected to enter into 25 agreements with Indonesian counterparts or government bodies, varying from memorandums of understanding and declarations of intent to contracts.

Three agreements were exchanged during a trade dinner on Tuesday evening, attended by His Majesty King Willem-Alexander and Her Majesty Queen Máxima. Areas covered by the agreements include the construction of a factory for flexible solar cells in Indonesia and an energy system trial using solar panels and solar batteries.

The trade mission is focusing on the following four sectors: agrifood, healthcare, coastal and water management, and the circular economy and water technology.