The Animal Health Service in the Netherlands (Gezondheidsdienst voor Dieren, or GD) is currently aware of 30 sheep farms where malformed lambs have been born. Another 16 farms have contacted the GD due to observed symptoms that may indicate an infection. The Central Veterinary Institute (CVI) has identified the Schmallenberg virus in 13 of the 27 lambs tested. The virus was not detected in samples taken from two malformed calves.

The Dutch Minister for Agriculture and Foreign Trade, Henk Bleker, informed the Dutch House of Representatives of these latest developments in a letter on the Schmallenberg virus. Minister Bleker announced a notification obligation for ruminants born with malformations. The notification obligation also extends to veterinarians and individuals working at research institutions. Its purpose is to help gain a better understanding of the scope and geographical spread of the problems caused by the Schmallenberg virus.

According to the experts at the National Institute for Public Health and the Environment (Rijksinstituut voor Volksgezondheid en Milieu, or RIVM), the information available indicates that while transmission of the virus to humans cannot be excluded, it is highly unlikely. Initial data seems to indicate that the viruses the Schmallenberg virus most closely resembles are not zoonoses and only affect ruminants. Furthermore, no symptoms in humans have been detected, even during the months of August and September 2011, which veterinary institutes show to have been the peak incidence of infections in cattle.

As a precaution, livestock farmers, veterinarians, and any other people who have been in direct contact with affected animals are asked to contact their local Public Health Department (Gemeentelijke Gezondheidsdienst, or GGD) if they experience any unusual symptoms. As always, it is recommended that proper hygiene measures be followed after coming into direct contact with animals (such as washing hands after touching animals).

According to Minister Bleker, there is currently no need for drastic measures such as the culling of sick animals or animals suspected of having the virus. The symptoms now being observed are the result of an infection that occurred several months ago. The most important transmission route of the virus family to which the Schmallenberg virus belongs is via vectors (midges). At this time of year the vectors are no longer active.

Every effort will be made to develop a vaccine in cooperation with research institutions and the pharmaceutical industry in both the Netherlands and in Germany. Nevertheless, we should realise that there is a chance that a vaccine may not be available before the midge season next year. 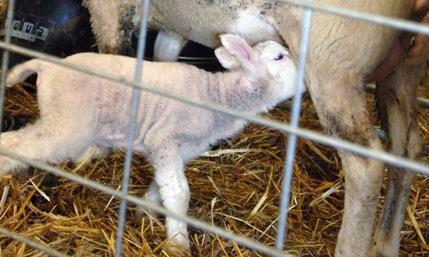