New confirmed cases of Schmallenberg virus in the Netherlands

Dutch Minister for Agriculture and Foreign Trade, Dr Henk Bleker, explained in a letter to the House of Representatives that the Netherlands Food and Consumer Product Safety Authority (NVWA) has now received reports from a total of 157 farming operations of symptoms that may be indications of a Schmallenberg virus infection. The operations reporting symptoms include 92 sheep holdings, 62 cattle operations, and 3 goat farms. The virus has now been confirmed at 40 sheep holdings and 1 goat farm. At 43 operations, the presence of the virus could not be confirmed, and testing continues at the remaining 73. 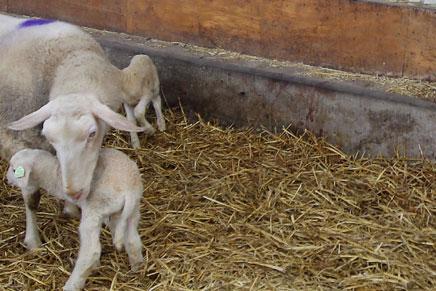 The fact that the virus has not been confirmed at 43 operations does not however mean that the Schmallenberg virus can be ruled out as a cause, as the actual infection occurs at an earlier stage of pregnancy. A virus antibody test, which would provide confirmation, is currently being developed. It is likely that the number of farms affected by the virus will rise when virus antibody test results become available.

The situation in Europe

In Germany the virus has now been detected in a malformed calf and in Belgium 9 sheep farms have tested positive for the virus. No malformations have been reported yet in France, Luxembourg and the United Kingdom, but these countries are monitoring the situation closely. France has now also instated obligatory notification. Minister Bleker has asked other EU Member States to instate a notification obligation.

Minister Bleker invests fully in scientific follow-up studies and has asked Commissioner Dalli to support this research at the European level. Priority areas include diagnostics (in particular, confirming the presence of antibodies), epidemiology (introduction and spread of infection), vaccine development, and virus characterization.

As reports of the disease in Germany and Belgium demonstrate, this is an issue that does not only affect the Netherlands. For this reason, the Dutch Ministry of Economic Affairs, Agriculture and Innovation maintains close contact with the European Commission and other EU Member States regarding this matter.