Minister for Agriculture and Foreign Trade Henk Bleker has notified the House of Representatives that the Netherlands Food and Consumer Product Safety Authority (NVWA) has at 8 February 2012 received reports from 450 farms of symptoms that could indicate infection with the Schmallenberg virus. These reports have been received from 168 sheep farms, 261 cattle farms and 21 goat farms. The virus has been confirmed at 3 cattle farms, 88 sheep farms and 5 goat farms. Testing continues on a further 91 farms. 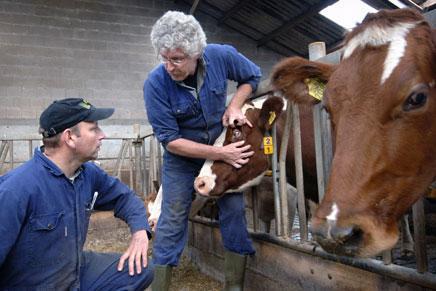 The Netherlands Environmental Assessment Agency (RIVM) has concluded that based on all available information, transmission of the virus to humans is highly unlikely. To identify human cases of the virus both a viral antibody test and a test to identify the virus itself have been developed. The RIVM is working on a proposal to test larger groups of people in order to assess whether exposure to the virus can lead to infection. A number of experts will meet next week to discuss this proposal, as well as the theoretical risk to humans and what research is required to reach a definitive conclusion on this matter.