Yesterday an NH90 maritime helicopter flew to St Maarten to bring food and water to the island, which has been badly affected by hurricane Irma. A long line of people with shopping bags was waiting when it landed. Water is still in very short supply on the island. 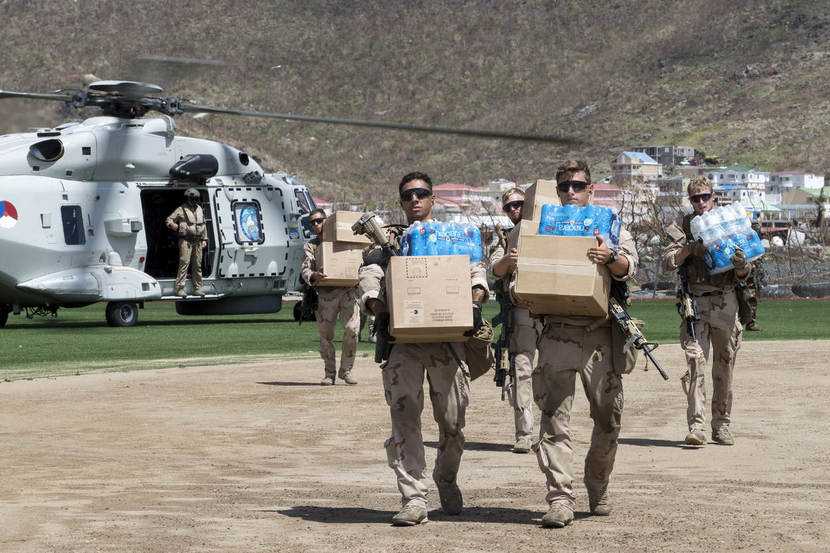 A football field in the northern neighbourhood of Dutch Quarter and a baseball field in Philipsburg served as landing bases. Army personnel ensured that the food packages and bottles of water were distributed. This wasn’t too hard, since hundreds of people had already gathered. ‘I have never seen food and water disappear so quickly,’ said corporal Devin, who was helping with the operation.‘They really need it.’ 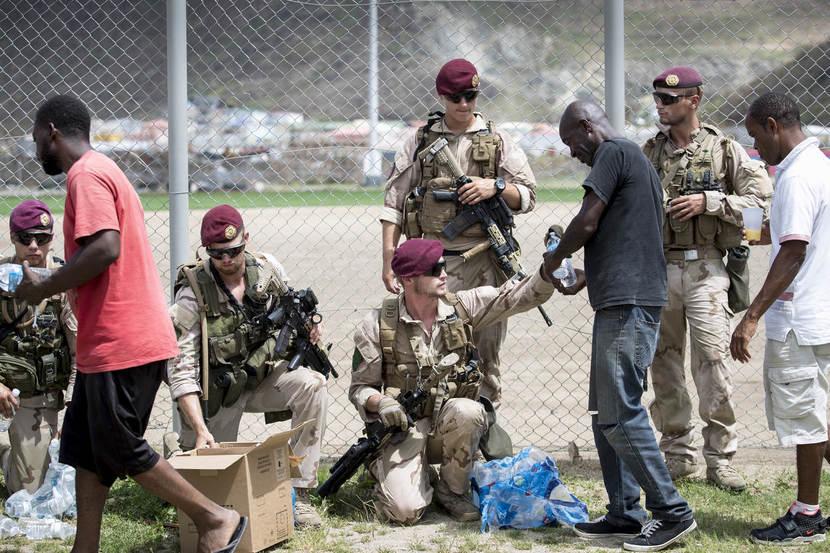 Earlier in the day, the Airmobile Brigade carried out reconnaissance in order to find suitable locations to land. ‘We find out what’s needed where. There’s a need for food, but what I’m hearing everywhere is “water, water, water”.’

Marines are also distributing water across the island using special water trucks belonging to the Marine Corps. They are also handing out tarpaulins. Many houses lost their roofs when hurricane Irma struck. With tropical storm Maria approaching, there is a need for roof coverings. According to the latest forecasts, the storm will pass to the south of St Maarten and will probably be accompanied by torrential rain.