The Dutch government and the Nederlandse Aardolie Maatschappij (NAM) are implementing new safety measures for people living above the natural gas fields in Groningen. Additional funding is being made available for preventive reinforcement of buildings susceptible to earthquake damage, on top of the existing damage compensation arrangement. Studies will also be carried out into whether and how the chance of such earthquakes and their effects can be limited. 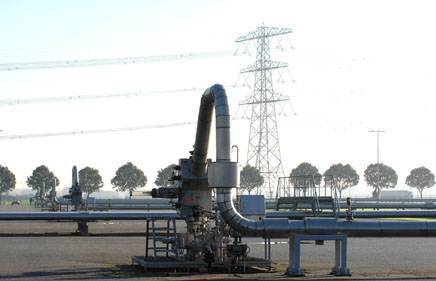 Minister Kamp of Economic Affairs addressed this issue today in a letter to the Dutch House of Representatives, in response to reports by the State Supervision of Mines (Staatstoezicht op de Mijnen, or SodM) and the Royal Dutch Meteorological Institute (Koninklijk Nederlands Meteorologisch Instituut, or KNMI). Experts agree that the quantity of earthquakes correlate with the amount of natural gas extracted from the area and that the magnitude of the tremors can be expected to increase in the future more than was previously thought. The studies were prompted by the tremor of 16 August 2012 near the town of Huizinge in the municipality of Loppersum.

"I take the conclusions of these reports seriously. They have consequences for people’s idea of safety and can lead to feelings of insecurity among those living above the Groningen natural gas fields," according to Minister Kamp. "The NAM is taking measures to improve safety and to ensure that any damage resulting from such tremors will be compensated. In addition, we are looking into the possibility of limiting the magnitude of the tremors that do take place".

Natural gas extraction in Groningen is in the hands of the NAM. In the time to come, NAM will actively inform and assist companies and private individuals who want to know how safe their homes and businesses are in the event of a tremor. In addition to the existing damage compensation scheme, the NAM is setting aside €100 million  for preventive reinforcement of homes and businesses. The NAM will also provide information to the public on how to be prepared.

In addition to new safety measures, the State Supervision of Mines recommends limiting gas extraction in Groningen in order to lower the risk and reduce the magnitude of earthquakes. "Limiting natural gas extraction in the Netherlands is not without consequence, as nearly all Dutch residents use gas for heating and cooking," Minister Kamp explains. Until we have full insight into the maximum magnitude future tremors may have, any decision to limit production would be irresponsible. Kamp adds, "This is why we will be studying this matter further."

The NAM is already carrying out studies into the maximum magnitude of the tremors, and will now also look into the possibilities for limiting the magnitude of earthquakes using alternative extraction techniques. These studies are now being expedited and are expected to be completed by the end of 2013. The results will be assessed by independent experts.

In 2012, 47 billion cubic meters of natural gas was extracted in Groningen, generating €11.5 billion for the state. Some 97% of Dutch households are dependent on this gas, and the Netherlands also exports natural gas to Belgium, France, and Germany.