More collaboration with China to sustainabilise the economy

The further sustainabilisation of the economy calls for knowledge sharing and close collaboration between the government authorities of the Netherlands and China. This is what Environment Minister Dijksma pointed out today in Shanghai in her opening address to the second national Chinese conference on the quality improvement of products and production processes. Within the European Union, the Netherlands ranks among the top 3 of China’s trading partners. In 2016, the mutual goods trade accounted for a value of nearly 45 billion euros, the bulk of which was shipped via the port of Rotterdam. 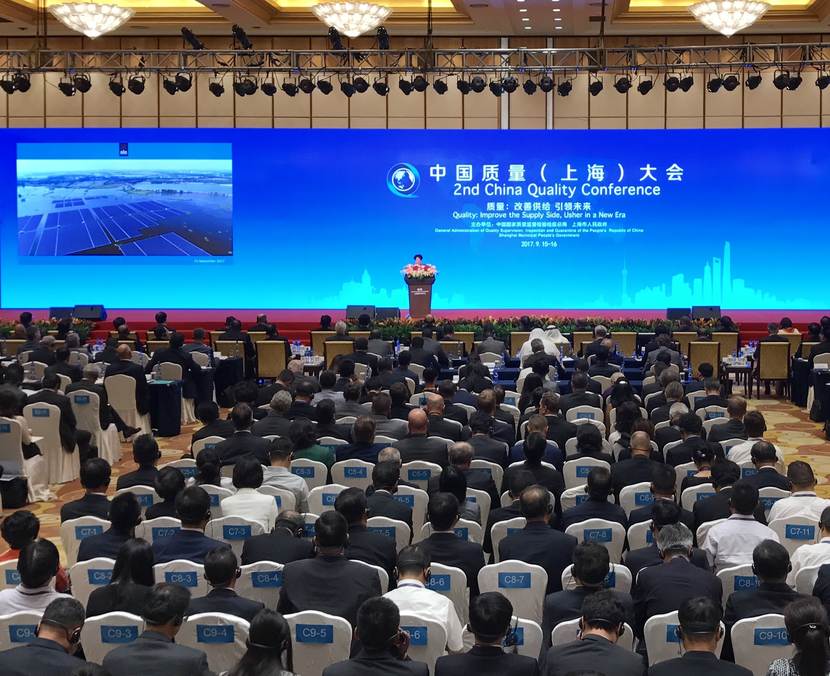 ‘Now that the Netherlands has embarked on the road to a circular economy by 2050, this will impact the trade in and recycling of commodities and products,’ Minister Dijksma said. ‘Goods must continue to flow as smoothly as possible, on both sides. Many Dutch goods are shipped to China to be recycled. We must keep abreast of one another’s regulations and quality checks, and join forces to develop new standards. These will change, now that more attention is being focused on the reuse of materials and the environmental impact, in Europe, but also in China. Good collaboration and knowledge sharing is important in order to prevent products from being intercepted by the border inspection services because they appear to fall short of the new requirements.’

Environment Minister Dijksma addressed the conference participants at the invitation of Chinese Minister Zhi Shuping of the General Administration of Quality Supervision, Inspection and Quarantine (AQSIQ). This supervisory body conducts inspections similar to those carried out in the Netherlands by the Dutch Food and Consumer Product Safety Authority (NVWA), and the Human Environment and Transport Inspectorate (ILT). Various topics are tackled in ongoing discussions with the AQSIQ, such as the requirements to be met by Chinese fireworks. This will enable the Chinese supervisory body to factor in such requirements when certifying fireworks for the Dutch and European markets.

Minister Dijksma is paying a two-day working visit to Shanghai. Yesterday she also met with several young entrepreneurs involved in Chinese start-ups, who are developing innovations in the fields of circular economy and the climate. The problems with air quality in China and the aim of the Chinese government to green the economy are generating many new initiatives. Some of these even have a Dutch tinge: for example, VU Amsterdam University graduate Shuting Liu is the founding father of the MotionEco company, that recycles waste oil from Chinese kitchens to clean, sustainable fuels for local buses.