The Joint Logistic Support Ship of the Royal Netherlands Navy, HNLMS Karel Doorman, has left St Maarten and will carry out other assignments in the Caribbean. The harbour detachment was able to unload one thousand tonnes of aid supplies in only 10 hours thanks to excellent planning and preparation. 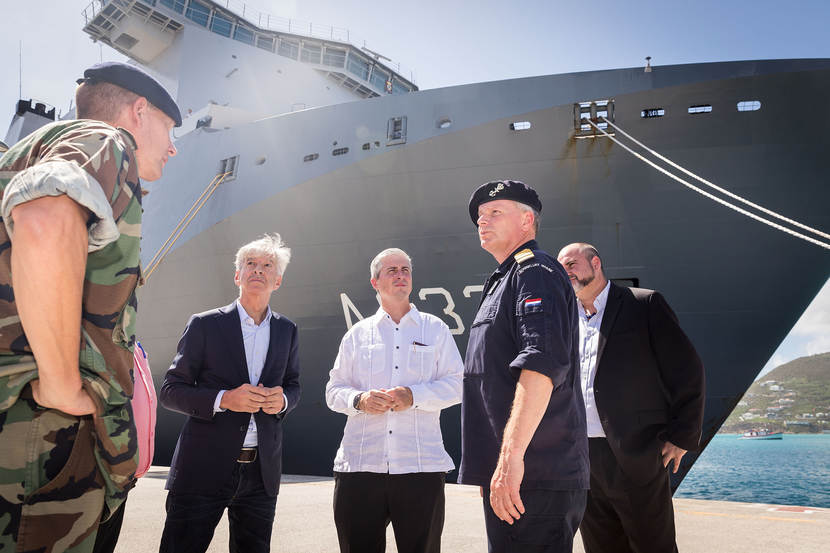 Harbour detachment commander Maikel explained that 36 hours had been reserved for unloading the supplies. When it became clear that they were making much faster progress than expected, they decided to stop unloading overnight and start again the next morning. ‘Otherwise I’m sure we’d have broken a record,’ he said.

The Defence organisation is slowly reducing its military presence in St Maarten. Of the approximately 650 troops who were deployed to the island, 300 are still working to repair the badly damaged infrastructure. The others have returned to the Netherlands. It is now time for reconstruction to begin. 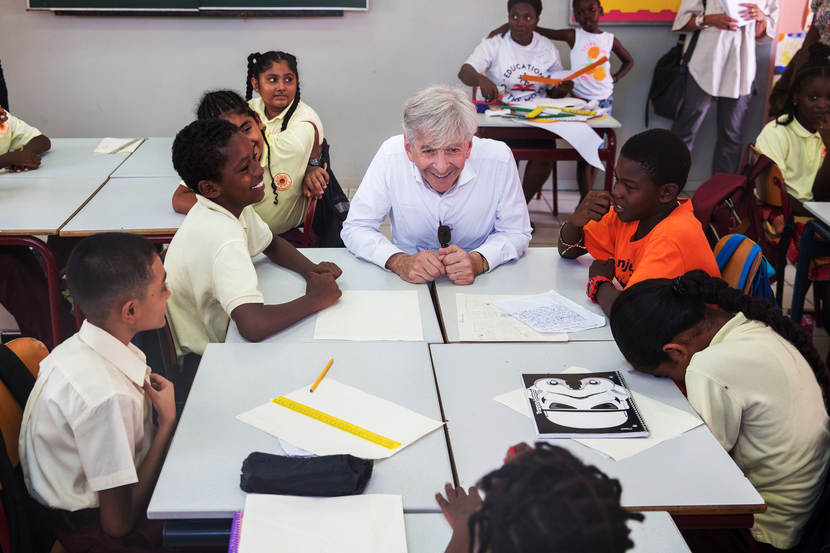 During the past two days Minister of the Interior and Kingdom Relations Ronald Plasterk visited the troops providing assistance on St Maarten. One of the places he went to was Oranjeschool primary school, which is attended by 350 pupils aged 4 to 12. It took army engineers more than two weeks to clear up the debris and repair the roof, ceilings and furniture. ‘They’ve done an amazing job,’ said Tony Watkins, who works at the school. ‘They’re our angels in green.’ 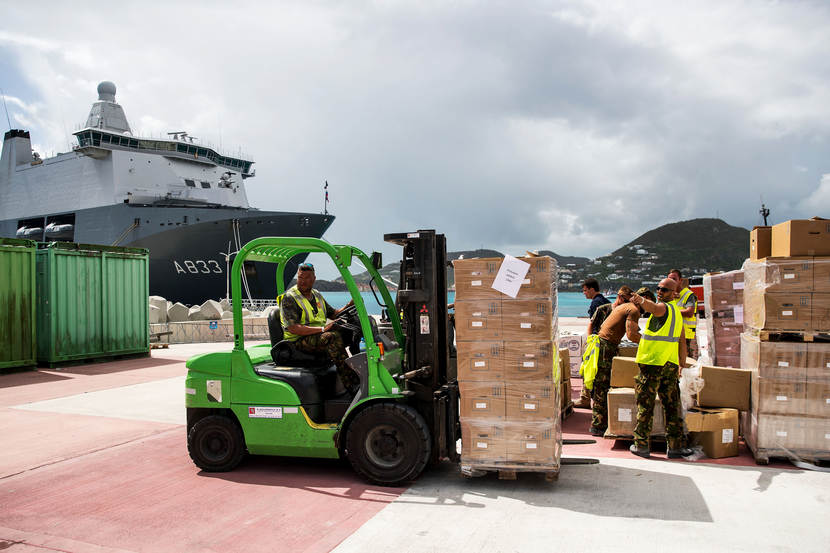 The minister also paid a visit to the Royal Military and Border Police. Forty of their officers are temporarily carrying out police tasks on St Maarten, together with the island’s own police force, officers flown in from Curaçao and a team of around 50 Dutch police officers.
A previous report that the Karel Doorman was returning to the Netherlands was incorrect.