Foreign minister Bert Koenders spoke at length with his American counterpart John Kerry in Alaska about the ongoing violence in eastern Ukraine, the fight against ISIS, European migration issues and the effects of climate change on global security. The two met in the margins of GLACIER, a large-scale climate summit convened by US President Barack Obama.

Mr Koenders and Mr Kerry first spoke about the 2015 Climate Change Conference in Paris, the need for an ambitious agreement on that issue and the opportunities for achieving this. Mr Kerry thanked the foreign minister for his efforts to promote cooperation on Arctic matters and for his support for the Joint Statement.

The two men expressed concern about the ongoing conflicts in both eastern Ukraine and Syria and the migration issue in Europe. Mr Koenders informed Mr Kerry about plans for the Netherlands’ upcoming EU Presidency.

Mr Koenders expressed satisfaction at the Netherlands strong ties with the US. ‘America stands with us in our efforts to bring the perpetrators of MH17 to justice. That means a lot to us,’ said the minister.

Another major item on the agenda was the fight against terrorism. ‘The Netherlands and the US are both committed to dealing with terrorism,’ said Mr Koenders. ‘The fight against ISIS is part of this commitment. The US and the Netherlands are also very active in the Global Counterterrorism Forum (GCTF).’ The US has co-chaired the Forum for the past two years. ‘I look forward to taking over the co-chairmanship from Mr Kerry in late September. International terrorism is a threat to us all, and the Netherlands is doing its part to fight it.’ 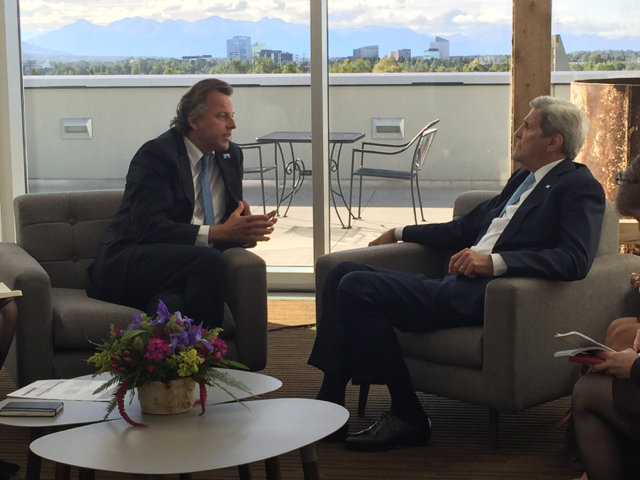