In addition to private individuals, there are also companies and organisations that not pay their taxes. In VAT carousel fraud, for example, a company charges VAT but does not pay it to the tax authorities.

The Netherlands is a frontrunner in combating VAT carousel fraud in Europe. The former State Secretary for Finance, Frans Weekers, repeatedly called for international measures to combat this type of fraud. In June 2013, this led to the introduction of the rapid response mechanism to speed up the investigation of international carousel fraud.

Companies that buy goods that are susceptible to fraud, such as mobile phones, game consoles, laptops and tablets, can avoid becoming involved in VAT carousel fraud by using the reverse charge mechanism. The company they are doing business with then remits the VAT to the Tax and Customs Administration.

Entrepreneurs can use the TaxLine to report suspected fraud. 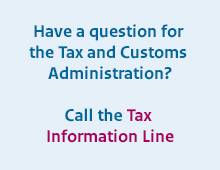