Report Crime Anonymously anti-crime campaign in the Port of Moerdijk

In the presence of Ferdinand Grapperhaus, the Minister for Justice and Security, the Moerdijk municipal authorities on Tuesday launched a Report Crime Anonymously (Meld Misdaad Anoniem) campaign, which is designed to combat crime and corruption in the Sea Port of Moerdijk. Criminals use the great facilities and infrastructure of sea ports to carry out their illegal activities. These often involve organised crime and corruption, meaning that people working in the port are faced with drug trafficking, illegal trade, drug storage and illegal dumping of chemical waste left over from the production of drugs. 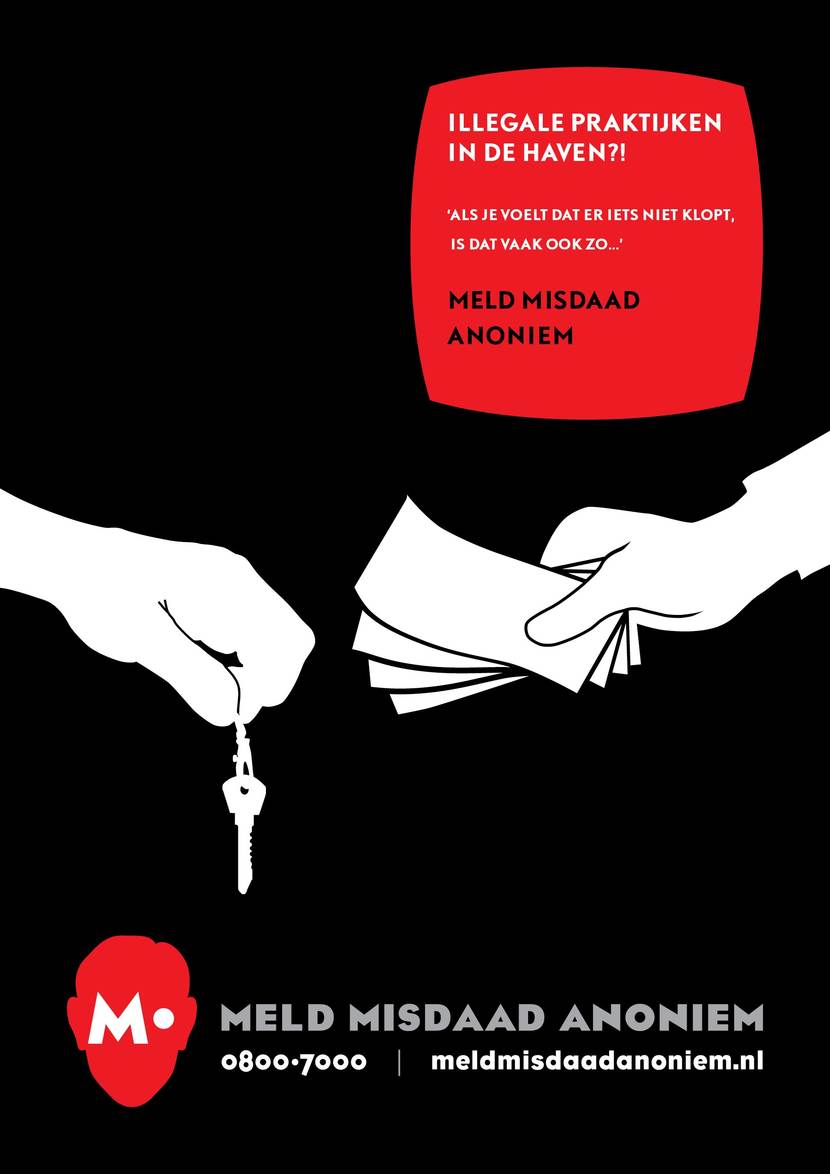 The campaign will commence in early 2019 and is part of the Zeeland Brabant Sea Ports Integrated Action Plan, a partnership between the public sector and private parties designed to combat crime and corruption in sea ports. The purpose of the campaign is to alert truck drivers and people who work in the ports to suspicious behaviour, and to ask them to report such suspicious behaviour.

The Minister for Justice and Security visited the port and industrial zone in Moerdijk to receive more information on the problems associated with corruption. ‘Moerdijk boasts a highly modern and growing sea port, which is by now the Netherlands' fourth-largest sea port. Unfortunately, the port is sometimes abused – for instance, for the trafficking of cocaine and synthetic drugs. It is good to see the local authorities and the business community join hands to tackle this problem here in Moerdijk. The eyes and ears of entrepreneurs and employees, particularly the many truck drivers who work here, are invaluable to a safe and honest port’, said the Minister.

Jac Klijs, the Mayor of Moerdijk, has called on the companies active in the port area and their employees to report unusual events. ‘If you see anything out of the ordinary, or if you are getting the feeling that something is not quite right, trust those instincts, because they are often right’, said the Mayor. If you report suspicious behaviour in the port and its surroundings to the harbour master, police or local authorities, the wrong-doing can be addressed. Alternatively, you can report suspicious behaviour to Report Crime Anonymously by calling 0800 7000.

In addition, the Ministry of Justice and Security has granted the Moerdijk local authorities €75,000 to draw up a corruption report for the sea port of Moerdijk, which will help the Ministry tackle crime in an integrated manner. To this end, the municipal authorities have joined hands with partner organisations such as the Regional Information and Expertise Centre (RIEC), the Public Prosecution Service and the Police.