Codex Committee on maximum levels of melamine in baby food

At a recent meeting of the Codex Committee on Contaminants in Foods (CCCF) in Maastricht agreements were made on acceptable levels for melamine in foods, including baby food and infant formulas. 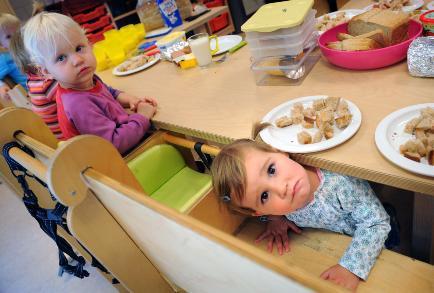 The Codex Alimentarius Commission is an organisation of the UN whose purpose is to protect consumers' health, ensure fair business practices within the food trade, and establish food quality standards.

Other items on the agenda at the meeting in Maastricht included maximum levels of fungi in dried figs and substances in rice, cereals and cacao. These are important issues for developing countries in Africa and Asia.

A few years ago traces of melamine were found in infant formula in Asia. The substance was illegally added to make it appear higher in protein. This caused an outrage and was followed by a call for international acceptable melamine standards in food. Traces of melamine can also end up in food products through packaging material. The present standards aim to prevent melamine contamination as a result of illegal practices or packaging material.

The recent meeting in Maastricht was the sixth CCCF session. It took place from 26 up to and including 30 March 2012 and was chaired by the Ministry of Economic Affairs Agriculture and Innovation.