Speaking at a meeting in Madrid attended by UN Secretary-General Ban Ki-moon, Minister for Agriculture Sharon Dijksma called for sustainable agriculture to play a central role in the fight against hunger and malnutrition. 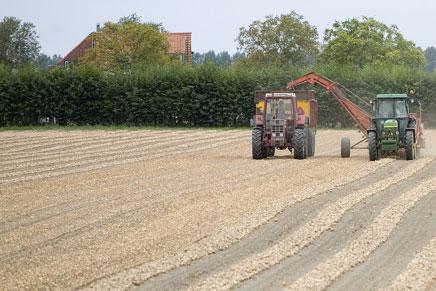 The meeting was organised to address the role of agriculture and food security in the post-2015 global development agenda, which is now being prepared as a successor to the Millennium Development Goals.

During the meeting Minister Dijksma called for concrete actions to be taken, such as stimulating investments in agricultural production and implementing climate smart agricultural methods. She also called for greater cooperation. “The Netherlands is a pioneer in stimulating sustainable agricultural development through close cooperation with knowledge institutes, NGOs and the private sector”, said the Minister.

Sustainable growth in the agricultural sector, particularly in developing countries, is a powerful engine for the economy and provides more people with access to adequate and healthy food. Local and international entrepreneurs are the driving force behind this growth. "The Dutch top sectors of Agri-food and Horticulture and Propagation materials can directly contribute to the improvement and development of agriculture. With their expertise on efficient and sustainable agricultural production, improved logistics and safe food processing, they play a crucial role", Minister Dijksma added.

To achieve food security, food production must be increased on existing agricultural land, with the agricultural sector adapting to the impact of climate change while producing fewer greenhouse gas emissions. The Netherlands is a leading proponent of climate smart agriculture and the 'twice as much with half as much' approach. Minister Dijksma called for sustainable development to be assigned a prominent place on the future international agenda.

The conclusions of the international conference were presented to the UN Secretary-General Ban Ki-moon by Spanish Prime Minister Mariano Rajoy, and will be used as a basis for future discussions on the post-2015 global development agenda.