Suspects to be prosecuted for the downing of flight MH17

Today, the next of kin of the victims of the downing of flight MH17 were informed that the prosecution of 4 suspects is to begin. This decision by the Dutch Public Prosecutor’s Office (PPO) has the unanimous support of the investigation authorities of the other countries in the Joint Investigation Team (JIT): Australia, Belgium, Malaysia and Ukraine. The criminal investigation into the involvement of other persons continues. The JIT therefore put out another call for witnesses today.

The government considers this decision by the PPO to be an important step towards establishing the truth and achieving justice for the victims and their next of kin. On 17 July 2014 flight MH17 was downed over the east of Ukraine killing all 298 people on board, including 196 Dutch nationals. Immediately after the crash the PPO started a criminal investigation with its JIT partners. Step by step, progress is being made. The government greatly appreciates the work that has been done so far.

The JIT countries decided two years ago that the prosecution and trial of the suspects would take place in the Netherlands, under Dutch law. The proceedings in the Netherlands will be rooted in close and continued international cooperation and support. It has been decided that the district court of The Hague will hear the case, and that the hearings will take place at Justice Complex Schiphol (JCS).

The PPO will present the case to an independent court in a public hearing under the Dutch legal system, which provides all the necessary safeguards for suspects and a solid legal position for the next of kin. All the practical preparations for a trial have been put in place. The first session is expected to take place on the 9th of March 2020. 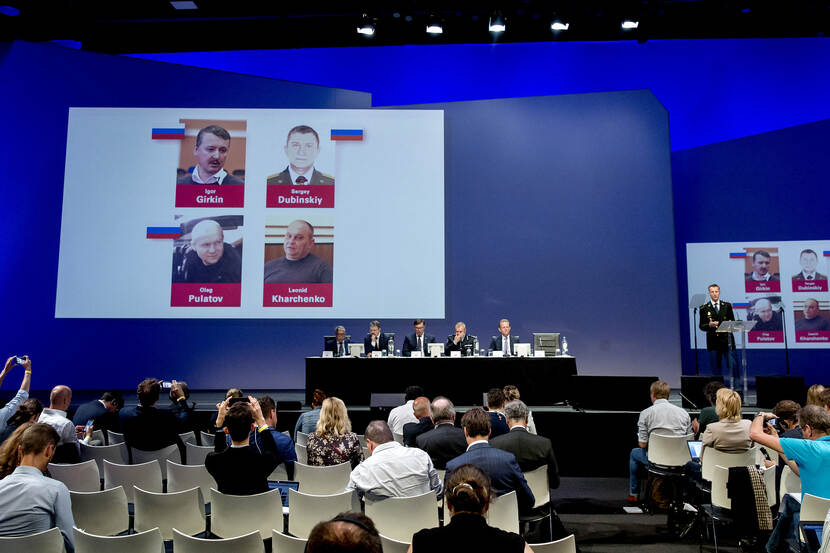 Press meeting of the Joint Investigation Team on 19 June 2019.