Today the Dutch government returned an important religious crown, the property of the Ethiopian Orthodox Church, to Ethiopia. Ethiopian Prime Minister Abiy Ahmed and the Dutch Minister for Foreign Trade and Development Cooperation, Sigrid Kaag, were present at the festive handing over ceremony in Addis Ababa. 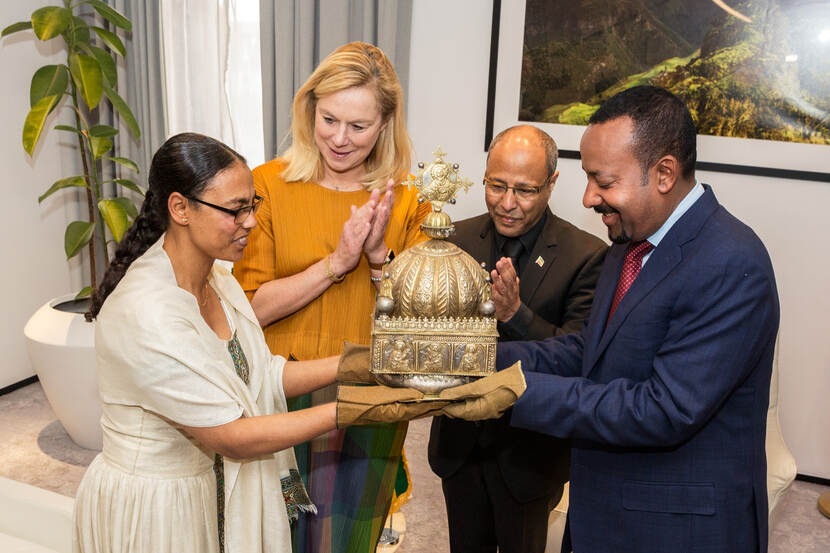 The 18th-century crown, which disappeared from the Holy Trinity Church in the village of Cheleqot 21 years ago, turned out to have been in the Dutch port of Rotterdam for many years, in the custody of Sirak Asfaw, a Dutch national of Ethiopian origin. Last year, Asfaw got in touch with the Ministry of Foreign Affairs, through the mediation of art detective Arthur Brand, to discuss how to return this important cultural artefact to Ethiopia. From that point on, all parties worked together on the best way to restore the crown to its rightful owner. 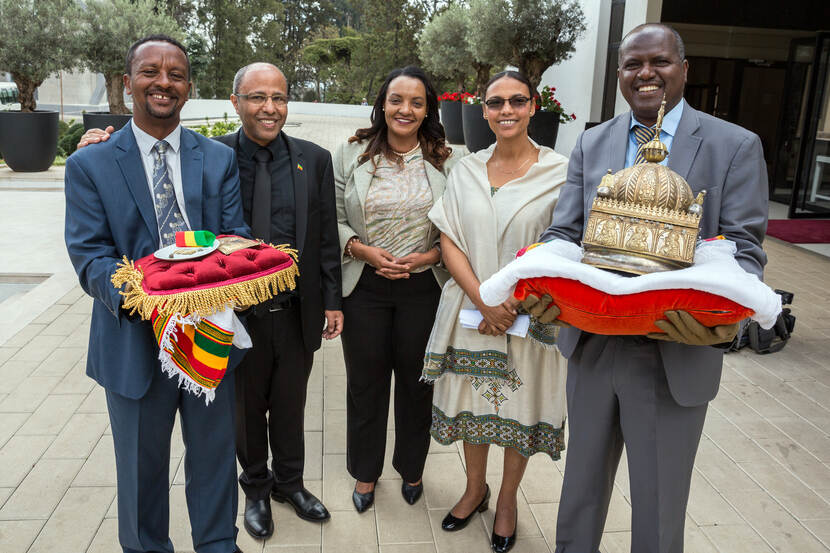 Following a meeting between Ms Kaag and Prime Minister Abiy, the crown was officially handed over at a special ceremony. Mr Asfaw himself was also present.

‘We’re honoured and delighted to have been able to facilitate the rightful return,’ said Ms Kaag. ‘This is the crowning achievement of returning this heritage to its rightful place.’