Ways of encouraging bicycle use

Bicycle use is widespread in the Netherlands. 27% of all journeys are made by bicycle. And in some cities, this figure is much higher. But we can still do more to encourage people to travel by bicycle. After all, more than half of all trips by car are less than 7.5 kilometres. Most people would find this an acceptable distance to cycle. The popular e-bike also makes cycling longer distances an option. 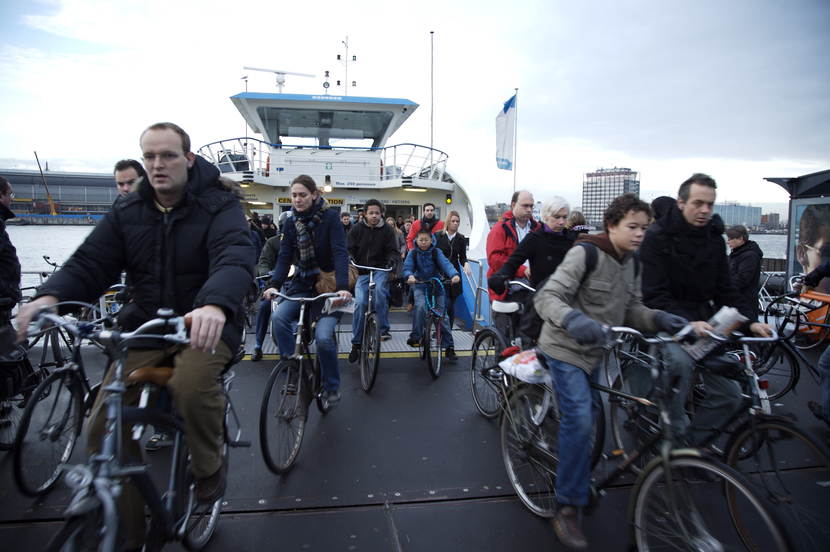 If more people chose to cycle to and from work, the number of tailbacks during peak hours would be reduced. Options for promoting bicycle use generally focus on distances up to 15 kilometres. Cycle superhighways are an essential part of this, not only within cities but also between them. In recent years, central government has encouraged municipal and provincial authorities to establish good regional cycling routes. Currently, some 25 cycle superhighways are in use or under construction.

A number of regions are promoting bicycle use through mobile phone apps. A case in point is the B-Riders project in the province of Brabant. B-Riders are commuters who switch from car to bicycle. Coached by an app, they receive a financial reward for each kilometre cycled during peak hours. Experience has shown that most people continue to cycle even after the reward ceases.

Employers, too, benefit from employees cycling to work. Employees who cycle are in better shape and are less prone to absence through illness. Moreover, companies may be able to save on parking costs when more employees commute to work. For that reason, the government is encouraging employers to provide good facilities for cyclists: