Bicycles makes cities more accessible and are a healthy, sustainable way to to get around. Moreover, if people travel by bicycle there will be fewer tailbacks. Yet many commuters still travel to work by car. That is why the government wants to make the Netherlands even more bicycle-friendly.

It is the responsibility of municipalities and provinces to build cycle paths and encourage the use of bicycles. It is essential that all relevant parties are on board. In some cases, where situations call for a national effort, central government joins forces with the provincial and municipal authorities. One example of this is the Tour de Force programme.

Tour de Force aims to raise the number of kilometres travelled by bicycle in the Netherlands by 20% over the next ten years. As part of the programme, the government is reviewing the main challenges involved in making cycling a more attractive option. They will then explore smart solutions to these challenges, joining forces with companies, NGOs and knowledge platforms including the CROW-Fietsberaad knowledge centre, the Dutch Cycling Embassy, and the Dutch Cyclists' Union.

The Tour de Force programme will seek answers to issues including:

Role of the central government

Central government can assist by bringing parties together, commissioning research, conducting experiments, amending regulations and, in some cases, by co-funding urban projects. One example of this is the renovation or construction of additional bicycle parking facilities at railway stations. The construction costs are usually shared by municipalities, provinces, transport regions and central government. Forecasts show that railway stations will need a great deal of new bicycle parking spaces in the next 15 years. 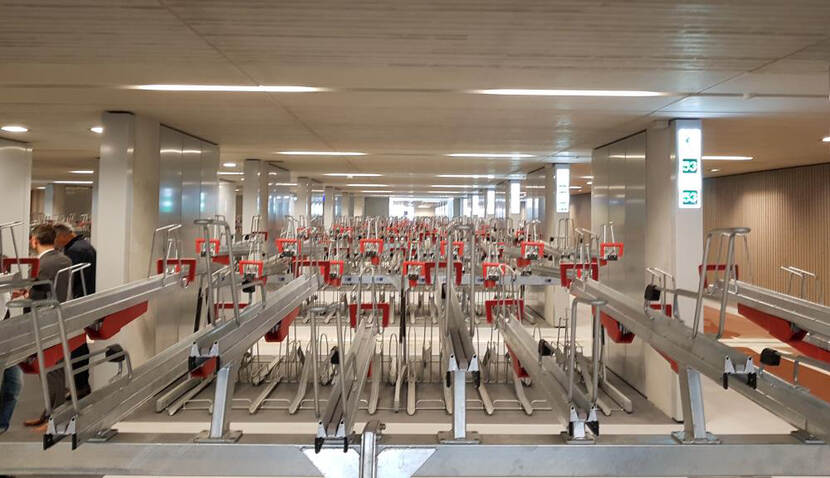