In developing counties, small and medium enterprises (SMEs) are the backbone of the economy, providing about two thirds of all formal sector jobs and acting as engines of growth. A paper from the IMF suggested that increasing financing to SMEs can lead to up to 4 percentage points in higher economic growth, yet research shows that there is a staggering trillion dollar financing gap for SMEs in emerging markets and about 200 million businesses lack access to the finance they need to grow and create jobs. 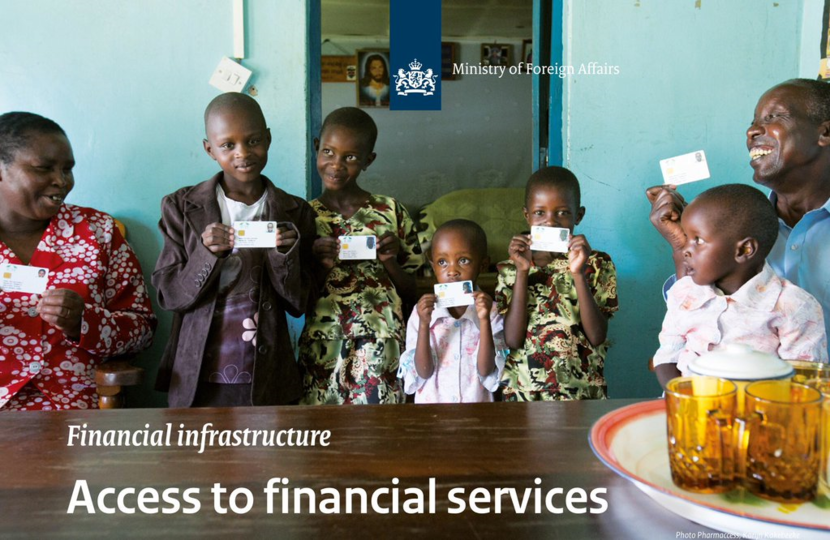 Unlocking the potential of SMEs is a critical part of the World Bank Group’s mission to end extreme poverty and boost shared prosperity.  A key part of this strategy is IFC’s Global SME Finance Facility, launched in March 2012 to address the G-20’s call for solutions to help reduce this SME funding gap.

The Global SME Finance Facility is a blended finance vehicle which integrates both investment and advisory services to help banks reach more SMEs. It is truly unique as it mobilizes funding from donors, international finance institutions and the private sector, to help banks de-risk and scale up SME lending. The Facility targets SMEs that don’t have access to finance, including women-owned SMEs, agriculture and climate-related businesses and those in fragile states. IFC’s wide network of partners and this integrated approach enable the Facility to target the finance gap more than a single IFI, DFI or donor can on its own.

The Facility aims to facilitate $8 billion in SME loans and one million jobs over ten years. We were delighted that the Government of the Netherlands recently pledged $27 million to the Facility, $11 million of which is targeted for much-needed advisory services.

The IFC’s finance vehicle had already committed to 92 projects in 27 countries, 15 of which are classified as fragile and conflict affected states. By the end of December 2014, the Facility had made more than 100,000 SME loans, worth a total of $6,4 billion. Its unique structure has allowed it to make life-changing investments, for example in Bangladesh, West Africa and for women in a number of African countries.

After the tragedies that hit the Tazreen fashions factory (2012) and the Rana Plaza collapse (2013) in Bangladesh, which took over 1200 lives, many small factories have found it difficult to access the capital necessary to make the improvements that meet buyer’s standards. With garment factories accounting for 80% of Bangladeshi exports, and employing about 4 million people – mostly women – in more than 4500 factories, the scale of the challenge was immense.

IFC has provided $60 million of IFC financing through four local Bangladesh banks to help those factory owners upgrade their safety infrastructure and ensure they are kept up to standard.  The Facility’s contribution is focused on ensuring smaller factories can benefit from the financing alongside their larger counterparts.

Sub Saharan Africa consists of some of the world’s poorest countries. Countries like Burundi, Chad, Côte d’Ivoire, Democratic Republic of the Congo, Republic of Congo, Guinea, Mali and Togo face extreme and persistent poverty exceeding 50 percent of their populations, coupled with severe socio-economic challenges, such as low employment, lack of infrastructure, and a high level of insecurity which disrupts business activity and impedes access to finance. These difficult environments have exacerbated the challenges faced by small and medium-sized enterprises.

In May 2015, IFC worked with its long term-partner and leading pan-Africa bank Ecobank, to establish a $110 million risk sharing facility for the abovementioned countries. It will increase access to finance for small and medium sized enterprises in fragile and conflict-affected states through Ecobank affiliates.

For Tanzania, the Global SME Finance Facility helped support a $40 million loan to CRDB Bank Tanzania in 2014. The loan is to support CRDB’s SME lending businesses, with a specific focus on increasing its women-owned SME portfolio. For the Democratic Republic of Congo, The Facility supported a $15 million loan to Rawbank aimed at expanding lending to SMEs and women-owned businesses. The Facility has helped IFC to provide targeted SME financing, and providing performance-based incentives to help Rawbank offset the costs of building its SME and women-owned SME business lines.

With its global reach, multi-stakeholder approach, combination of investment and advisory services, and use of blended finance, the Global SME Finance Facility has taken important steps towards bridging the SME finance gap. We are delighted that we can now count the Dutch among our anchor partners in this important endeavor. Much more remains to be done to reach this critical goal, and IFC is always looking out for new partners, investors and projects.

Globalisation, Digitalisation and the Future of Work & Skills

Work for 200.000 young women and men in the Middle East, North Africa, Sahel & West Africa and Horn of Africa