Minister of Foreign Affairs Stef Blok’s visit to Australia and Malaysia on 27 and 28 March focused mainly on commemorating and discussing the downing of Malaysia Airlines flight MH17. In Malaysia he spoke with victims’ next of kin and with Malaysia Airlines staff. He also met with his Australian and Malaysian counterparts, Marise Payne and Saifuddin Abdullah and laid a commemorative wreath at the MH17 memorial plaque in Canberra. 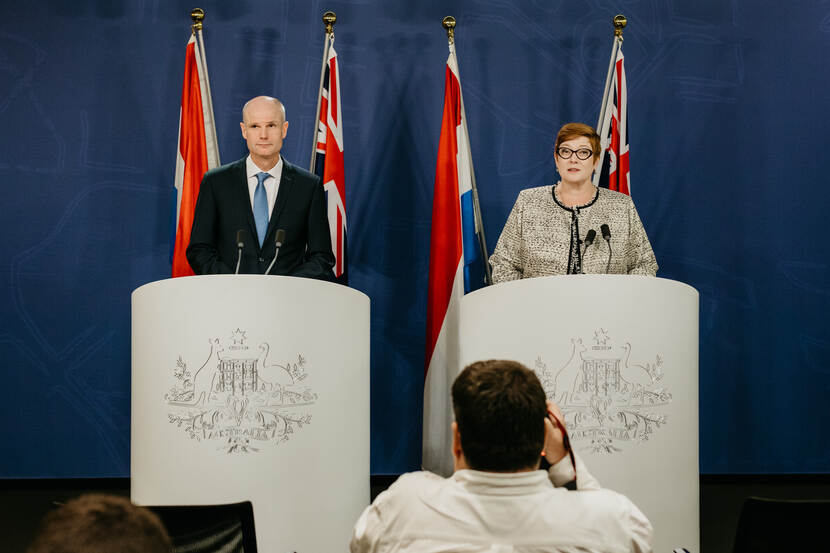 17 July 2019 will mark the fifth anniversary of the downing of flight MH17. The Netherlands, Australia and Malaysia suffered the most casualties in the air disaster, mourning the loss of 196, 38 and 43 lives respectively. ‘MH17 deeply affected each of our countries,’ said Mr Blok. ‘It has also brought us even closer together. That’s why I felt it was important to be here. Flight MH17 was the primary focus of my meetings with my fellow ministers. The Netherlands greatly values its cooperation with Malaysia and Australia. I have every confidence that we will continue this good partnership.’ 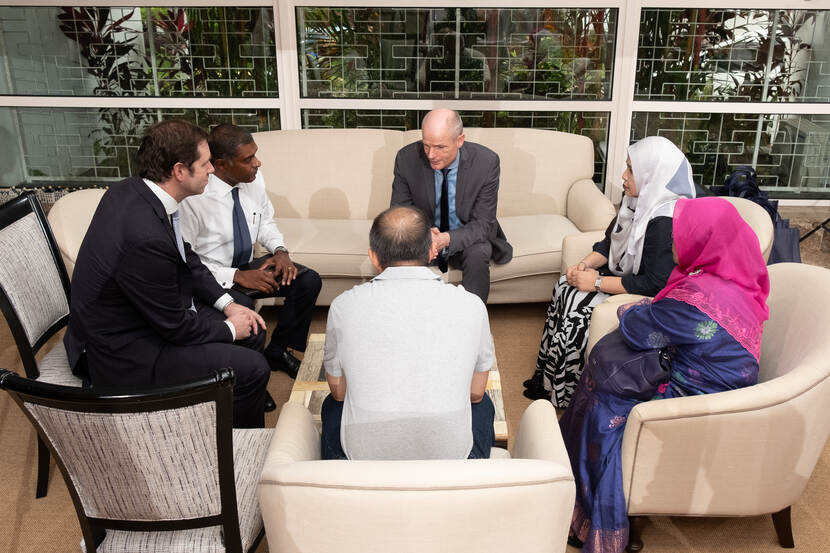 Minister Blok in a conversation with MH17's victims' next of kin in Malaysia.

Talks with next of kin

‘Speaking with the Malaysian next of kin and the ceremony at the MH17 memorial plaque in Canberra made a profound impression on me,’ the minister said. ‘I conveyed my sympathy to these men, women and children on behalf of the Netherlands. And I impressed on them once again that the Netherlands will not rest until the truth has been established and those responsible have been held to account.’ After the meeting between Mr Blok and his Malaysian counterpart, the Netherlands and Malaysia issued a joint statement emphasising that the cooperation between their law enforcement authorities with the aim of prosecuting those responsible for downing flight MH17 will continue. 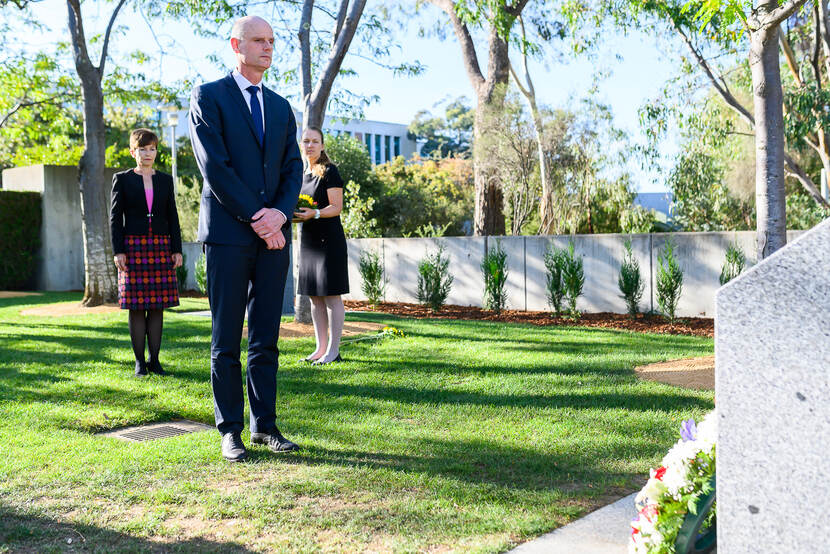 Minister Blok lays a commemorative wreath at the MH17 memorial plaque in Canberra.

Mr Blok and his fellow ministers also discussed several other foreign policy issues, including counterterrorism efforts, deradicalisation, China and Brexit. Malaysian foreign minister Saifuddin Abdullah and Mr Blok agreed to work together on protecting the wrecks of Dutch submarines in Malaysian waters. They agreed to set up an expedition to assess the condition of the wrecks. A joint plan will then be drawn up to prevent the wrecks being plundered by illegal metal salvagers. The Cultural Heritage Agency (part of the Ministry of Education, Culture and Science) will coordinate Dutch operations, in cooperation with the Ministry of Defence and the Ministry of Foreign Affairs.