In Amsterdam 24 countries and 10 international aid organisations have agreed on the minimum requirements for emergency aid. Food and water are not the only essentials: mental health and psychosocial support (MHPSS) must also become a standard part of humanitarian response in crisis situations. This was laid down in a declaration on Tuesday, which should become a guiding principle for new humanitarian response operations. 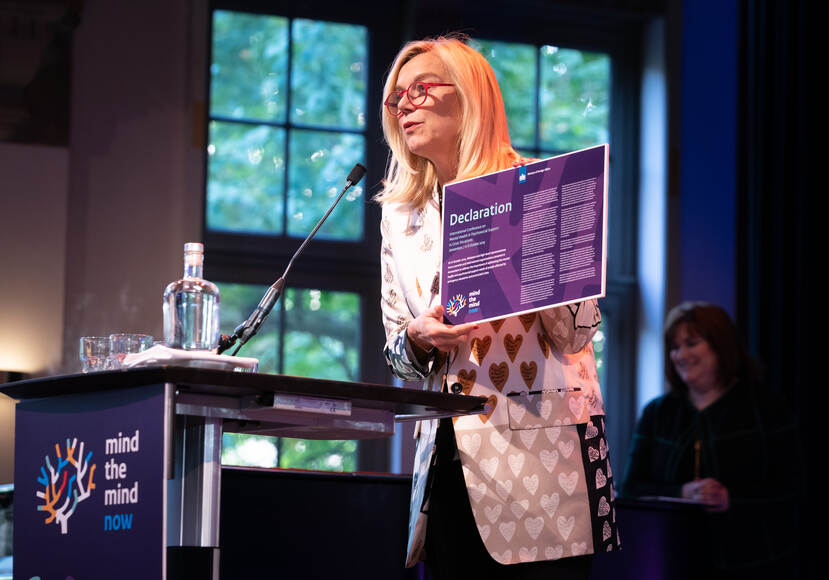 ‘We’ve set a new standard today,’ foreign trade and development minister Sigrid Kaag said. ‘Countries, aid organisations and the UN all recognise that psychosocial support must be part of the emergency aid package from now on. It’s crucial that this issue is no longer being seen as just another priority, but as the priority.’

Most people will receive psychosocial support from volunteers. To equip them for this task Red Cross/Red Crescent volunteer aid workers will need more training. The Netherlands is supporting this endeavour. ‘Worldwide, this will result in a pool of 14 million volunteers who are trained to deliver MHPSS services.’

The Netherlands is also working with other donors to set up a pool of experts who can be rapidly deployed to emergency settings, where they can coordinate MHPSS efforts and provide technical support to local care workers.

People with lived experience played a major role at the conference, sharing their stories about the mental impact of conflict, violence and natural disasters. At the high-level segment, Michaela DePrince, a war orphan from Sierra Leone and now Dutch National Ballet soloist, gave a talk; Aeham Ahmad, ‘the pianist of Yarmouk,’ gave a performance and also presented Her Majesty Queen Máxima with a copy of his autobiography.

At the conference the Netherlands and the World Health Organization signed an agreement on providing a standard package of MHPSS services and tools that can be implemented by countries right away.