When importing goods into the Netherlands from outside the European Union (EU), you will usually have to pay import duties. You will also have to pay VAT and in some cases excise duty, consumption tax or other levies.

Import duties are levied on imported goods. The Dutch Customs authorities levy and collect the duty and transfer the sums collected to the EU. Member states are entitled to retain a portion of the import duties that they collect to cover collection costs.

Customs authorities do not levy import duties on products traded between EU member states. However, VAT will be payable. Some products are also subject to excise duty and consumption tax.

In addition to import duties, you normally have to pay VAT. The VAT rate is the same as that which applies to supplies of goods and services in the Netherlands. In some cases VAT can be declared by the customer as if it had supplied the goods/services, under the reverse charging mechanism.

Excise duty is payable on excise goods, which include:

In some cases other levies are payable on imported goods, for instance agricultural levies on agricultural products or anti-dumping duty on industrial products. These levies are intended to prevent products coming onto the European market at exceptionally low prices. 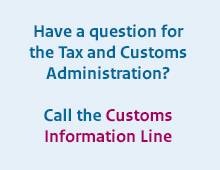