As a seven-year-old boy in South Sudan, Majok Peter Awan was recruited by a rebel group. More than thirty years later, the former child soldier is promoting the importance of psychosocial support for children. 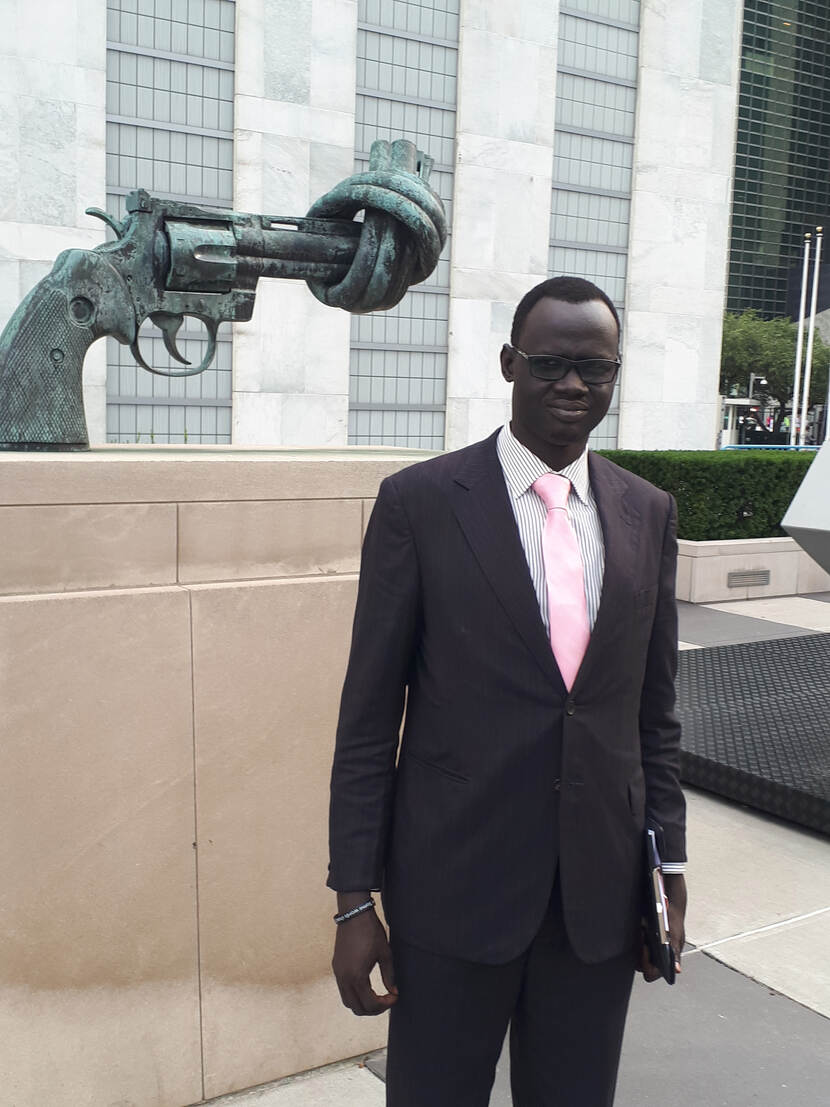 Peter Majok in front of The Knotted Gun sculpture at the United Nations headquarters in New York.

‘If you’re as big as an AK-47, then you’re big enough to carry and fire one,’ Majok Peter Awan was told as a Kalashnikov was pressed into his hands. He was just seven years old when a rebel leader taught him how to fire the assault rifle at government troops.Peter grew up in a remote village in what is now South Sudan. At that time there was not a single hospital, school or paved road for miles around, and thus no links to the outside world. The villagers knew virtually nothing about the suffering of the civil war that was raging around them. The world was unaware of our existence, much less the suffering we endured during the Sudanese civil war. And we had no idea what the rest of the world looked like, said Majok in a speech addressing the Security Council of the United Nations.

After he was taken by the rebel leader, Peter underwent a period of intensive military training. He was trained to serve as a bodyguard to the rebel commander. Snatched away from his family to fight for what was called the freedom for the Sudanese people, he spent the next few years cooking and cleaning at a military base in Eastern Equatoria region. The only times he left the compound were to spy on the enemy. He never saw his parents during this period. In fact, it was Peter’s father who had enlisted him in the rebel group.

Peter was just one of thousands of child soldiers recruited by the Sudan People’s Liberation Army (SPLA). For decades Sudan was locked in a bitter, violent civil war, which only ended in 2005. Six years later, in 2011, South Sudan declared its independence, and the world’s youngest nation has been wrestling with ethnic conflict and power struggles ever since. Its northern neighbour Sudan is also still in the grip of disorder and political conflict. ‘I had no choice but to follow orders,’ Peter says about that time. ‘There was no social media to share my experiences, no UN monitors to document my story, and no child protection actor to calm my fears.’ He eventually managed to escape and reach a refugee camp run by Save the Children International, where he began to recover from the trauma.. 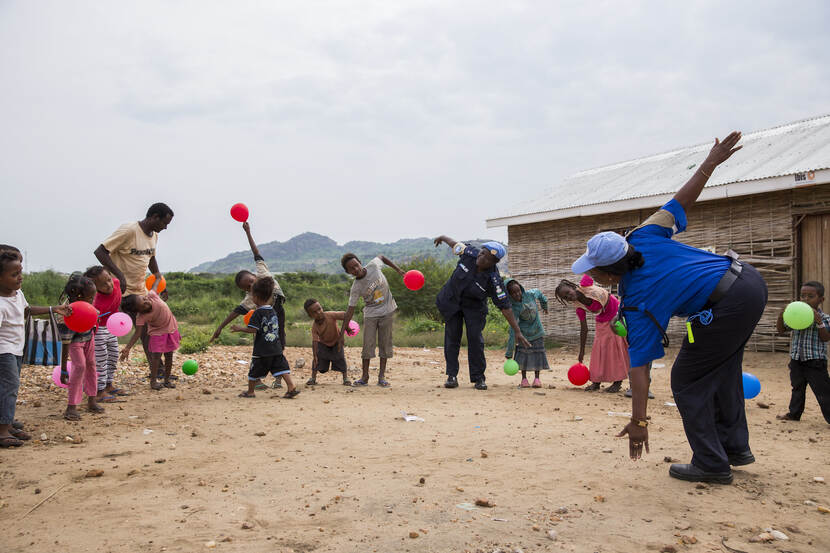 Mental health and psychosocial support should be part of the basic assistance.

Three decades on, Peter is a bespectacled man of 39 working for War Child as a child protection officer. He travels all over his country, attempting to persuade army generals not to deploy children in a conflict that continues to drag on. These efforts are proving increasingly successful, Peter says, but in some remote areas that isn’t always the case. In an interview with InsideOver, Peter explained that it is primarily in areas where the government and humanitarian agencies are absent that children are joining up with armed groups, as they simply have no alternative. By joining such a group, they no longer have to spend their days searching for food.

Last summer, Peter argued before the United Nations that children affected by conflict should receive the support they need to heal, both physically and mentally. Speaking to the UN Security Council, he urged leaders to recognise the importance of psychosocial support as part of the UN Convention on the Rights of the Child.

Around 420 million children worldwide are growing up in conflict areas. Twenty per cent of them are exhibiting serious changes in their emotions and behaviour. As War Child makes clear, that equates to some 84 million children who are in urgent need of psychosocial support.Even today, Peter said, he sometimes isn’t sure of the right way to behave. As a child he missed out on school and family gatherings, and he didn’t get to play games like other children his age. ‘No child should have to go through what I did. There are thousands of children all over the world who are experiencing today what I went through all those years ago. I see myself in all those innocent children affected by conflict. We cannot leave them to their fate.’

Mental health and psychosocial support should be part of the basic assistance provided in crisis situations, so that people can learn to take care of themselves and those around them. On 7 and 8 October 2019 the Minister for Foreign Trade and Development Cooperation, Sigrid Kaag, hosted an international conference to help achieve this goal. Find out more about the conference

Mohamed Elshazly: ‘No one chooses to be a refugee’