Lower birth rates mean fewer pupils in many regions of the Netherlands. Schools need to take this into account in their educational planning.

Cause of declining pupil numbers

The demographics of the Dutch population is changing. There are more people aged 65 and over (demographic ageing) and fewer babies being born.

Fewer births mean fewer pupils in schools. This trend is already noticeable in primary schools up and down the country and is starting to manifest itself in secondary schools, too.

Although the decline in pupil numbers is a nationwide phenomenon, it varies from one region to another. The number of pupils is continuing to drop in all the Dutch provinces except Flevoland, where it is actually growing. The most acute decline is in Limburg, Zeeland and Drenthe.

There are considerable differences between individual towns and cities, and even between neighbourhoods in the same city. In some of the larger cities, pupil numbers are still growing.

It is important for schools to have a clear picture of how pupil numbers are developing in their catchment area. A sharp drop could mean that the school will become too small to be viable.

The maps below show how pupil populations are expected to develop nationwide, by province and by individual municipality. These are projections, so the actual figures could turn out to be different. 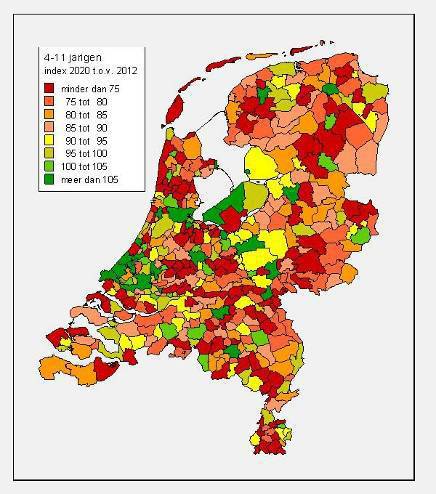 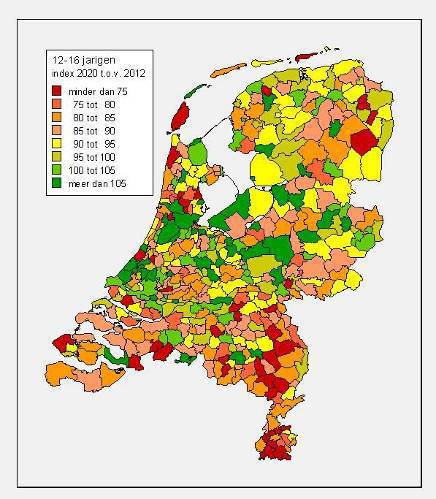